In Search of Moorish Granada

I love to dabble in photography when I travel.  Albeit with the humble camera that my phone comes equipped with, and an amateur attempt at best…but I have a lot of fun with it!  I like to give myself an “assignment”, a particular subject matter that speaks to me while in that unique destination.

On my recent trip back into Granada Spain, the topic of interest this visit was to uncover the hidden gems of its Moorish past.  It was almost as though the ancient Nasirid city was calling out to me, from beneath centuries and centuries of alterations, plaster, paint, pavement and dust.  Waiting to be discovered again.

During my two weeks in Andalusia, it became my mission to uncover the Moorish jewels that lurked just beneath the skin of the modern city.  Once I began my quest, it was as if I was being guided by Boabdil himself.  From obscure side streets and out of the way nooks and carnies in the old Arab quarter, to hidden Carmen’s and quiet courtyards, hilltops, gardens and construction sites.  I let spirit and intuition be my compass, and as a result uncovered more stunning and out of the way examples then I could have ever imagined.

Often I would decide spontaneously to take an opposite fork in the road or path then intended.  Somehow this would always lead to an old Arab archway, spectacular ruin, or restoration project that was busy exposing old Moorish architecture.  Beauty still lingering beneath the garish facades that have been troweled on over the elegant brickwork, fine lace details, and bright tile work of the ancient.

It as though the Emirate is awakening from a great slumber, demanding its audience once more.  The ancient structures almost seem to be pealing back their own skin to reveal noble roots, rejecting the later incarnations that were grafted onto the original.  Washington Irving alludes to an enchantment being cast over the kingdom of Granada by the Moorish before it was conquered by the Spanish monarch…to protect their sacred places and treasures for all time.

One really has to ponder this a bit deeper when they see these stunning cultural treasures that have survived hundreds of years of earthquakes, war, neglect, and attempts to alter them beyond recognition.  Defiant, beautiful and lasting…an Arabian dream that refuses to be extinguished. 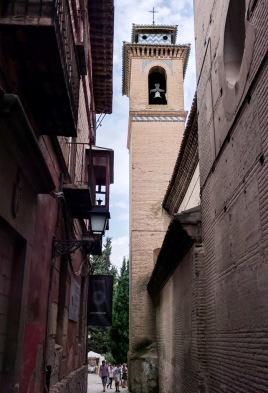 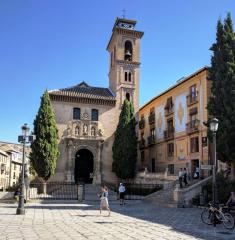 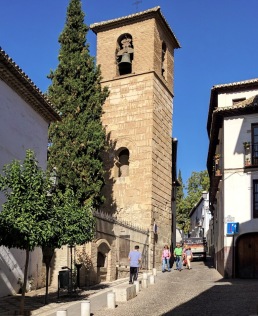 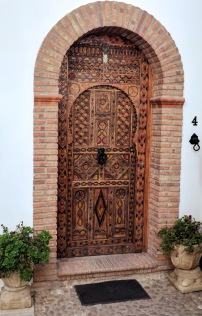 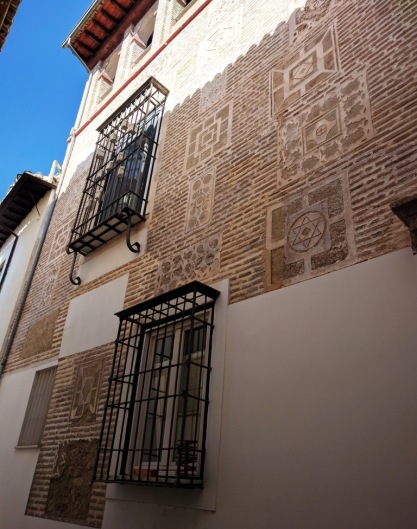