This is a much, much overdue post.  I had the best of intentions to blog regularly while on my sabbatical in Europe, but when the weather turned gorgeous in Paris at the beginning of April, the call to head outside and explore at every opportunity was just too great.  This continued throughout the following months as spring turned into summer, and both proved to be gorgeous.  What I did do instead was jot a lot of notes about my travels in a journal – later to become posts, and take many photos daily that are on my Instagram feed.  The title image for this post is one of my favorites, and was taken in the wee hours of the morning somewhere over the Mediterranean, on a redeye flight into Barcelona.  The image has not been retouched, those are actually the incredible colors of the sunrise I was watching unfold.  This sublime horizon, framed by the airplane window somehow captures the magic, awe and freedom of travel for me.

What I have been reflecting on a lot lately has been the “call of the road”.  The insatiable need to travel that some of us are blessed / cursed with.  I learned of Anthony Bourdain’s passing while in Granada Spain.  Anthony not only ignited wanderlust and curiosity about the world in me, but kept it stoked over the years with his marvelous shows about travel, food, and exploring cultures not our own.  It was strange to learn of his passing while in Granada, as he filmed one of my favorite episodes of Parts Unknown there during Santa Semana, or holy week.  I had already travelled into this part of southern Spain many times when this episode aired, but I found that it perfectly, perfectly captured the spirit and essence of what makes Andalusia such a magical part of the world.  As always, Anthony did so in a way that did not romanticize things, yet was somehow also personal and endearing, and made me hungry for more.

When someone so well know dies in a sudden, untimely way it tends to stir a collective outpouring of shock and grief.  Perhaps because these individuals so generously share of themselves and their lives, we feel connected to them at a certain level?  Many people who I have spoken with about Anthony’s passing have shared a quiet awe at just how profound the shock waves surrounding his death have been.  It is amazing how much Mr. Bourdain touched us with his books, stunning programs, and candor about life in general.  Like many other fans, his passing touched me deeply.  I can’t help but ponder what would cause someone who seemed to enjoy taking such a big bite out of life – with an authenticity and abandon rarely seen, to extinguish his own existence.  Perhaps we will never know.  I can only wish Anthony an amazing journey ahead, one that is worthy of his curiosity and wander.

One of the thoughts that crossed my mind was the toll that being on the road can take on ones stability.  Having a nomadic inclination can be both an amazing gift and disjointing at the same time.  During these past several months that I have been on the road, I have found myself dazed and wondering “what the hell and I doing” or even worse “where the hell am I” on many occasions.  This was a new and strange experience for me.  Having travelled much over the past 10 years, I have always relished every moment of each journey, and the adventure of life on the road.  However, that was always when I was on a finite journey…2-3 weeks usually.  Cutting myself loose in Europe with a completely flexible schedule and timeline was something totally different.

It has not escaped me for one moment how incredibly fortunate I am to have this time to explore the world and myself.  That doesn’t mean that it doesn’t come with its moments of confusion, unease and homesickness.  I remember the day I landed in Paris after my redeye flight from Canada.  I was staying in a lovely little hotel in the Marais for a few days, as I wasn’t able to take occupancy of the apartment I was renting until the first of the month.  I had been travelling for about 24 hours and then walked all over Paris for much of the morning and afternoon while waiting for my hotel room to be ready, so  by the time I did collapse into bed for a nap in the late afternoon I was completely exhausted.  I set my alarm for a few hours later and was out like a light.  When the alarm went off, I lay there for a few minutes before opening my eyes.  When I opened them I had no idea where I was or even the time of day.  It was a delight to clue in to the fact that I was indeed in a hotel room in Paris, however it was also a really strange sensation.

Another time I was sleeping on a plane, and woke abruptly as we prepared to land.  You know, the kind of awkward “rise and shine” where you suddenly snap your head up off your chest, only to discover that you have been drooling allover yourself and most likely snoring in front of an untold number of strangers.  As I was massaging the whiplash I had just given myself, I began to piece things together.  I realized that I was on a plane that was landing somewhere, and then thought “oh, I must be landing in Canada, I am home!”.  Then an announcement started blaring in Spanish, and I realized that I was landing in Granada for the next stint of my sabbatical and not arriving at home at all.  That was the moment when it began to sink in that it was indeed possible for me to get homesick too.  I make mention of these things, because if this was how disjointing traveling to relatively mainstream places for a few months could be for me, I can’t even imagine what it must have been like for Anthony to travel 250+ days a year, into some seriously challenging and dicey environments.

It is amazing.  All of the years that I have been travelling have only caused me to yearn for more travel, but now that I have the worlds biggest travel hall pass, after 3 months…I am ready to go home!  Perhaps we need to travel far and wide to realize how beautiful what we already have is?  Travel will always be one of life’s most delicious treats to me, however now I realize that home is too.  I will close with one of my favorite quotes from Anthony  Bourdain, and send him much light and admiration – wherever the road takes him next.  And wherever that is, may it feel like home.

“Travel isn’t always pretty.  It isn’t always comfortable.  Sometimes it hurts, it even breaks your heart.  But that’s okay.  The journey changes you; it should change you.  It leaves marks on your memory, on your consciousness, on your heart, and on your body.  You take something with you.  Hopefully, you leave something good behind.”  Amen Anthony, Amen. 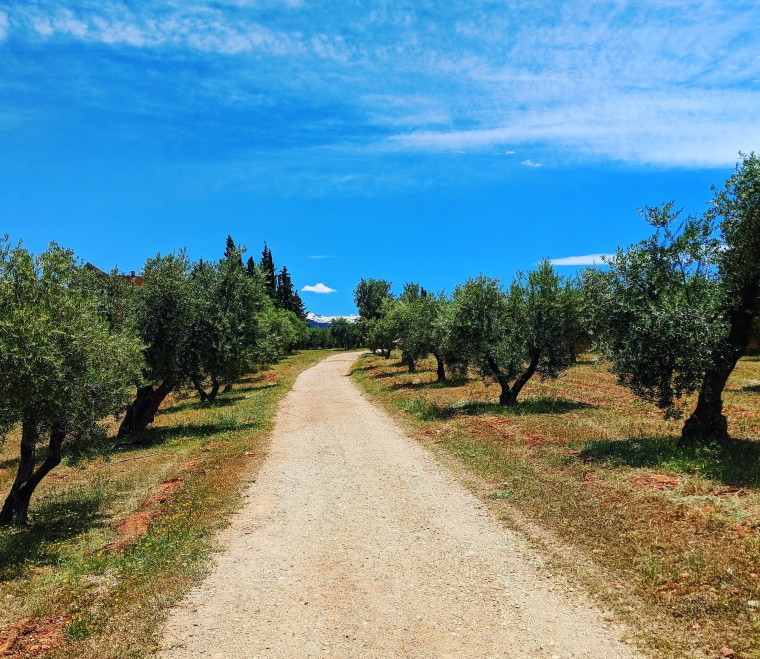 I took this photo while hiking in an olive grove just outside of Granada Spain on June 8th, 2018 – the day Anthony Bourdain took his life in France.  When I hear the call of the road Anthony, I will always think of you.